All the Different Covers

So it's been a while, but I'm finally participating in another Road Trip Wednesday. And this week's topic is all about book covers, and those I would deem my favorite.

So I suppose I could start by generalizing. What things in book covers make me like it, or hate it?

That's right. I hate seeing people in a book cover... for the most part. Only on very rare occasions do I like it. (One of which is a fake cover for my WIP, but his face is obscured, so it works.) The thing is, I think a person, especially a face demands too much attention. I think there's more to it, but that's a definite reason. If I have to stare at the main character's face, it suddenly becomes all about them, and nothing else in the novel. Even if we're just looking at them from the neck down or something.

So that's my biggest pet peeve when it comes to covers. Now for the ones that I like. (In no particular order.) 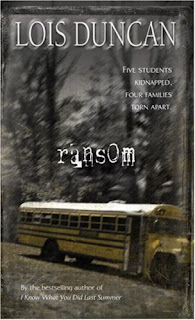 Now this pick pertains only to this specific edition. There's probably about three editions (especially considering the book was published in the 60's.) I like this one because of how well it portrays the plot. There is a kidnapping right up front, and the school bus plays a role in it. (Not a spoiler, it's part of the hook, I swear.) So that's what we see. Then there's the fact that it's a little obscure, like an old photo, or dirty glass. And I think that shows a lot of the fear and suspense that the novel possesses. Also, I love typewriter font. It's a strange love of mine.


Paint it Black by Janet Fitch 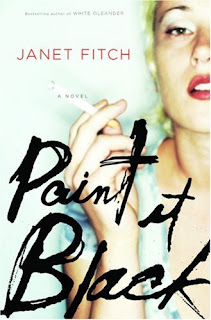 There are actually two covers to this, a paperback and a hardcover. I do like the paperback, but I like this one more. (So much so that I made sure I bought the book in hardcover.) See here... one of the few examples of books with people on them that I like. (Trust me though, if you show me a book with a person on it, I'll most likely scrunch up my nose. Even if I liked the book.) The novel is about a very artsy, angsty person, and there is so much of that present on this cover. From the painted on title to the "who cares, get away from me" look on her face, and the attitude that radiates from the way she holds her cigarette. That's a character I actually want to get to know. 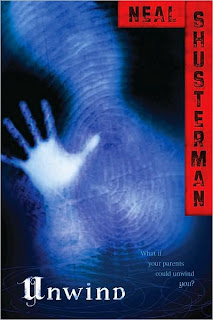 This one creeps you out when you stare at it. Well, it does me. A hand pressed against some sort of glass. Longing to get out, longing to escape... feelings the characters feel, even if they aren't in a physical, glass cage. But what's this? The glass looks like a giant fingerprint... something unique to everyone, something that plays a large part in the plot... no, the concept of this book. It's taking the literal to the figurative. The characters are trapped into something that is unique to them. Hmm... (by the way, read this book. It's amazing.)


And finally, Looking for Alaska by John Green. 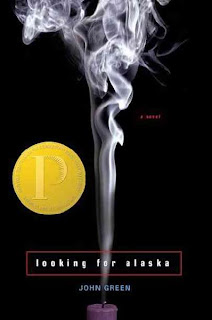 I have always loved this book cover. It's why I picked up this book in the first place, years ago from a Five Below. The smoke is what really attracts me. I originally thought it was a cigarette (which in my opinion, would be better, but...) and it's actually from a candle. But you know what? It actually makes better sense, but you have to read it first. It's simple. I love that. There's not a huge concept thrown into your face. I love it.


So there's my top covers. Well, at least the ones from my bookshelf. If I tried to search every book I've ever read, I might drive myself crazy.
Posted by Becca at 8:00 PM

Getting myself out there to get a book published. Along the way are some sprinkled in book reviews, writing prompts, writing related anything, and the occasional random update. I surely won't disappoint.

Becca
I am writing, editing, and searching... for an agent that is. Echo is my first novel, and it has potential. I've got an interesting array of interests.